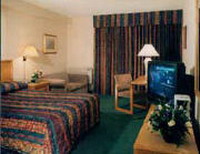 Ontario
Toronto, 2180 Islington Ave. Hwy. 401 Toronto M9P 3P1
Cost of number from 88.00 EUR
Geographical position
The Iroquois word "Kanadario", meaning 'the land of shining waters' is an appropriate name for Ontario with about 250,000 lakes and water covering almost one-sixth of the province; 177,390 km2. Ontario is the easternmost of Canada's central provinces, bordering Quebec on its east and Manitoba on its west, Hudson's Bay and James Bay on the north and the St. Lawrence River and the great Lakes on the south.

The Canadian Shield covers the rest of northern Ontario from Lake Superior to the Hudson Bay lowlands and extending into the southwestern part of the province. It is a vast rocky plateau with a wealth of minerals, forests and water. The soil is not well suited to agricultural. Together the Canadian Shield and the Hudson Bay Lowlands cover 90 percent of the province's 1 068 580 km2 of territory, but are home to only 10 percent of the population.

Ontario is larger than Spain and France combined. The province has a landmass of 1,068,580 sq km and is the 2nd largest province in Canada. At its greatest extremity Ontario is 690 km in width. the longest distance north/south is 1,730 km. The highest point, at 693 m above sea level, is in the District of Timiskaming, near Lady Evelyn Smoothwater Provincial Park.

On a map Ontario is distinguished by the great 'face' of Hudson's Bay with it's little beard 'James Bay' to the north and the Great Lakes to the south. The land base of the province is divided into three main geological regions:
The Hudson Bay Lowlands are narrow coastal plains bordering Hudson Bay and James Bay; the land is largely 'muskeg' wet lands covered by scrub growth.
The Great Lakes-St. Lawrence Lowlands make up the remainder of southern Ontario. They contain most of the population, industry, commerce and agricultural lands.
The Lowlands include the Windsor-Thousand Islands-St. Lawrence Valley triangle, an area of temperate climate and fertile soils. This is one of Canada's major agricultural areas, containing more than half of Canada's best agricultural land.

The five Great Lakes: Superior, Erie, Michigan, Ontario, Huron
The five Great Lakes are the most visible results of the ice age in Ontario. The biggest, Lake Superior, is the world's largest body of fresh water. The Great Lakes are jointly controlled by Canada and the United States.
They are the world's biggest continuous body of fresh water. Manitoulin Island, 2,766 sq km (1,068 sq mi) in Lake Huron, is the world's largest fresh water island. It is a sacred island to Canada's native peoples. Southern Ontario's rivers flow into the Atlantic Ocean by way of the Great Lakes and the St. Lawrence River system. Most northern Ontario rivers empty into James Bay and Hudson Bay. Ottawa, the national capital, sits at the junction of the Gatineau, Rideau and Ottawa rivers.