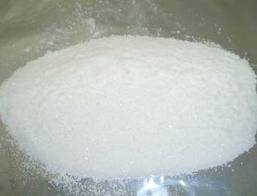 It is applied in production of phenol-formaldehyde resins,

Hexamethylenetetramine — one of very few synthetic pharmaceuticals, now in use, with more than 100-year history: it has begun to be applied in 1884 [2]. The preparation renders antiseptic effect, mainly, in uric ways. It is applied in pure form and as a part of the combined pharmaceuticals (for example, Calcex). In pure form hexamethylenetetramine is applied orally or intravenously, in the form of salts: gippurata, indigokarminata or kamforata. The mechanism of action is based on release of free formaldehyde which denatures proteins of bacteria. It has caused fabric specificity of effect of hexamethylenetetramine and relative safety of preparation as it is split with release of active formaldehyde only in acidic environment [3] urine, thereby affecting directly the bacteria causing diseases of urinary tract and also in the inflammatory centers rich with acid products of disintegration of fabrics. Effect of preparation dozozavisy.

In the food industry it is registered as additive preservative (E239 code). It is often applied in cheese making, and also to preservation of caviar [4]. In Russia till August 1, 2008 was registered among "the food additives which are not making harmful effects on health of the person when using for production of foodstuff" [5], since July 1, 2010 has been forbidden [6]. Possesses sweetish taste.

Everyone is on sale in packs from ten tablets on 10 grams, or on 5 tablets on 16 grams under trade names "Dry fuel", "Solidified alcohol", "Razzhigayka". It is applied as fuel to preparation (warming up) of food, to kindling and calcinating of furnaces, warming up of cellars, garages and so forth. (As "solidified alcohol" metaldehyde can be also used).

For giving of moisture resistance it is plasticized by hard oil paraffins.

Other scopes of application

in analytical chemistry, as component of buffer solutions, etc.